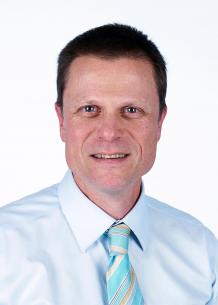 Erik is a practising General Paediatric Surgeon. His main appointment is at The Children’s Hospital at Westmead where he commenced as a specialist in 2002. He also holds appointments at Royal Prince Alfred Hospital, Westmead Private Hospital and the Sydney Adventist Hospital in Wahroonga.

After graduating in Medicine from Sydney University he was a Surgical Resident at Royal Prince Alfred Hospital and a Surgical Registrar at Royal North Shore Hospital where he completed his training as an adult General Surgeon.

After completing his Australian Fellowship in Paediatric Surgery, Erik then went on to do further training in Neonatal and Paediatric Laparoscopic Surgery at the Sophia Children’s Hospital in Rotterdam (2000) and then at the Great Ormond Street Hospital for Sick Children in London (2001).

He is passionate about teaching, education and research. He held the post of Supervisor of Surgical Training at the Children’s Hospital at Westmead for 9 years, and is a regular lecturer for Diploma of Child Health.

Erik has a broad General Paediatric Surgical practise including Neonatal Surgery, Laparoscopic and Thoracoscopic Surgery, and Paediatric Burns and he has published widely in all of these areas.

In his spare time, he enjoys spending time with his wife and four children. The whole family enjoys keeping fit, running, football and tennis.